************************
Report for Team: Red
Playing Effingham, Dorking had a very tough contest in the first half resulting in a level score line at half time after superb defence and some disruptive play from the oppo.
Dorking boys needed to dig deep while keeping up the intense attacking pressure, but they also recognised during the captains half time talk they needed to improve discipline within their defensive system especially around the rucks having conceded early tries.
Deciding to change the strategy to break the deadlock, our boys looked to use kick-chase as a tactic in attack when the opportunity presented, and they found great success catching Effingham off guard and converting their efforts into well deserved tries. Dorking stormed ahead, only slipping up once in the second half, resulting in a very disciplined period of rugby for the boys.
Strategy, support, commitment, determination and teamwork across the squad was outstanding and all the boys deserved the plaudits they received at the end for a wonderful effort.
Standouts were Toby Darbishire (MOM) in particular for tackle count and Dylan Bishop for scrummaging at prop. Tries came from Diego Lopez Landsdown (x 4), Arun Gibbons (x Jenson Ward (1 x), Big Joe Chambers (1 x), Ben Hemmings (1 x)
An outstanding collective effort at Esher by our Red Squad meant we ran out victors 10-4 and did it all The Dorking Way.
*************************
Report from For team Blue
Dorking U13s - Waterfall Cup Finals
Report for Team: Blue
Dorking emerged victorious against a plucky Camberley team 9 tries to 3 at Esher last Sunday to claim the Surrey Waterfall Bowl.
The Dorking pack set the tone from the off with front row William Widdess, Zac Simpson and Orlan Wilkins securing their own ball well at scrum time and putting the opposition under pressure in defence, playing to one of this Dorking side’s major strengths - turn-over ball.
Quick distribution from scrum half Sam Rothey into Gus Freeman gave the fly half time on the ball to pull the strings, who mixed up his game beautifully with kick and pass, bamboozling an opposition often in retreat.
Twin centre pairing Seb Burford and Toby Shepherd, fed off Freeman’s distribution running fantastic support lines scoring 6 tries between them in joint man of the match performances.
Other key moments included two last line of defence tackles from player of the tournament, full back William Brooks and when the game was close, strong carries up the middle from captain Ben Carloss and a close quarter try.
As always, no. 8 Charlie Edwards tackled his socks off, and lock Daniel Tredwell hit ruck after ruck to secure ball. Euan Freeman and Charlie Dazell on the wings had to be on their toes defensively as the opposition liked to use the cross kick or try and run around the outside.
With the half game rule in play the squad showed its strength and depth with interchange through out the match:
- Archie Nicole and Jacob Houghton Oliver added ballast at prop when they took to the field.
- Findley Candlish (in his first game since an ankle dislocation on the same pitch) and Guy Johnson brought work rate at lock.
- Zac Thompson tackling and support at 8 and Tommy Williams zip at 9.
- Aden Khan (wing), Will Stockhausen (full-back) and Arthur Oakey (wing) all blended seamlessly when they took to the field with Oakley scoring two tries to put the game beyond doubt. 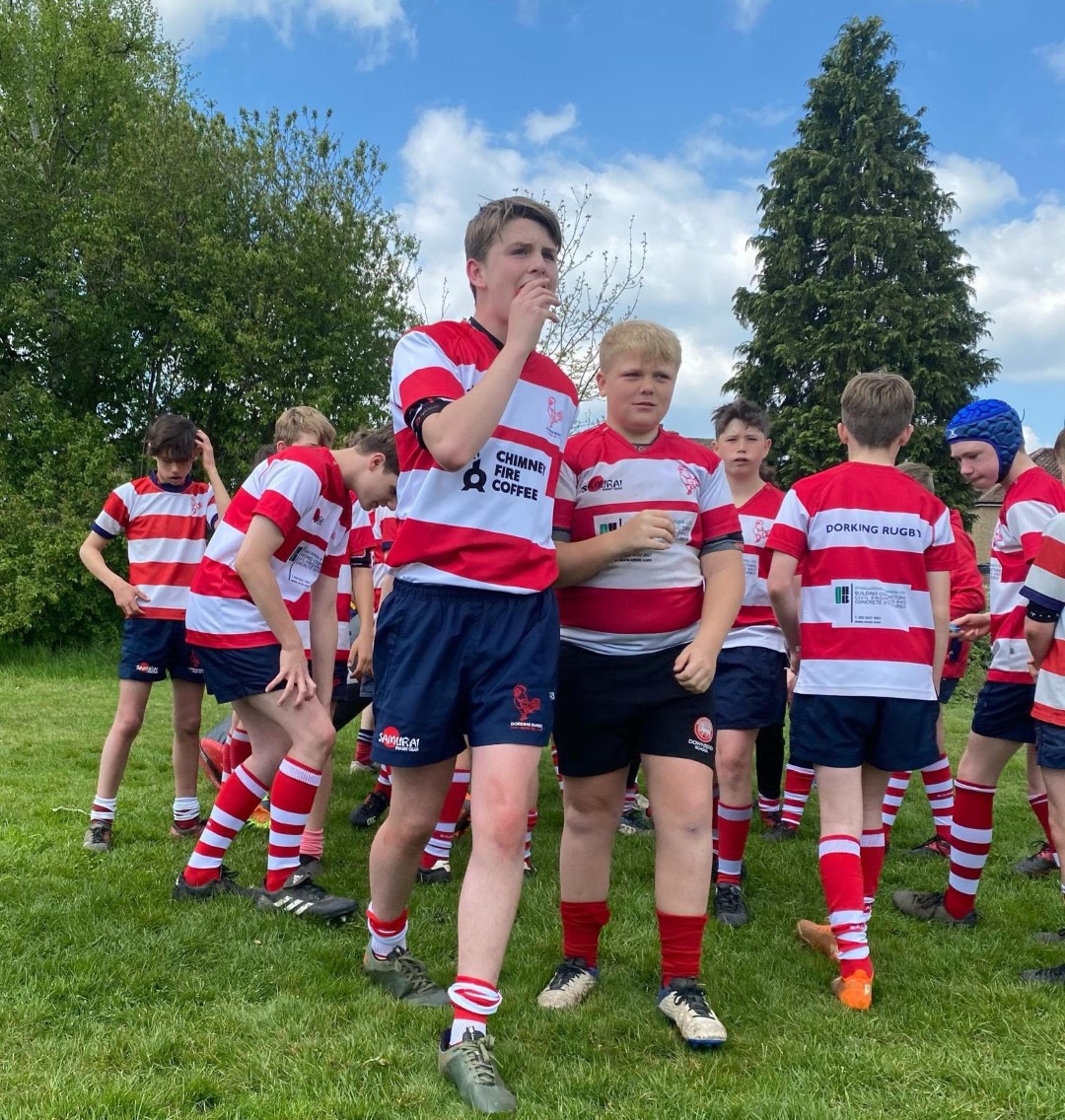