The John Douglas Youth Development Fund has a primary aim of financially funding or part funding specific projects or initiatives in the support of obtaining the highest possible standard and engagement of rugby through Dorking Rugby Club, with particular emphasis on Youth Development.

This special initiative was launched to: 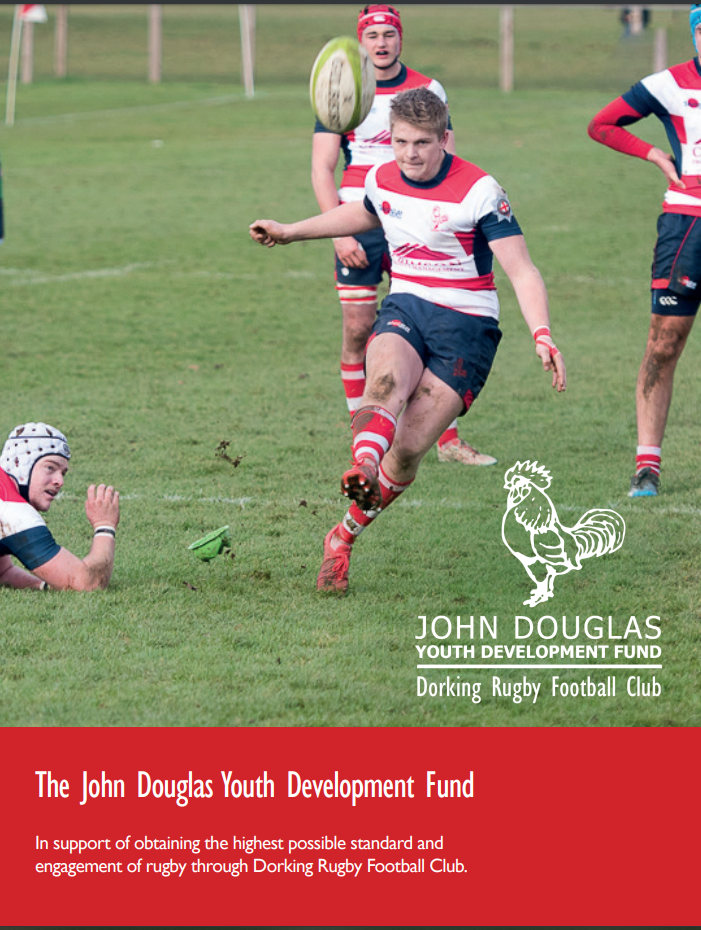 BECOME A PATRON OR BENEFACTOR

Individual club members, a couple, family or a company can become Patrons or Benefactors of the John Douglas Youth Development Fund.

Regular monthly or yearly contributions via standing order are encouraged, although one-off donations to launch the Fund are also much appreciated.

In return for your support you will receive regular news about the Fund and an invitation to an annual lunch at a first team game where updates on the Fund’s progress will be presented.

You will also receive a special JDYDF badge which you can wear with pride!

Thank you for your support - we look forward to welcoming you. 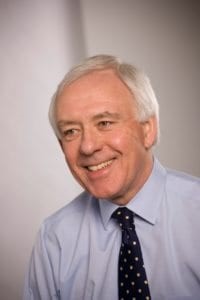 John loved Dorking Rugby Club. His early rugby was played at Brighton College, then for Hove and Sussex and when he moved to London to work he joined Blackheath RFC. Whilst playing for Blackheath he was fortunate to tour Ceylon (now Sri Lanka) in 1970, where he had a wonderful time, both on and off the field, and was mentioned in the Ceylon Daily Mail for the consistency and accuracy of his goal kicking! In 1976, after almost three years in Auckland with his job when he played rugby for an Auckland University team (known as The Fingletoads!), we settled in South Holmwood and it was not long before John polished up his boots and joined the Dorking Derelicts. As the Mini Section of the Club was being set up in 1980 he was persuaded to coach the minis - and they really  were minis, some of them being under 5!

All the fun and satisfaction he gained from the many roles he subsequently undertook, whether with Dorking where he was Youth Chairman from 1985-1991, a Management Committee member, a Board Director, a Vice President and latterly a Trustee; with Surrey County RFU; or with the Rugby Football Union, started right here at Dorking RFC. Having persuaded Surrey County RFU that the first Surrey Mini Tournament in 1987 should be held at Dorking and procured sponsorship from NatWest, he went on to take on various roles for Surrey and the RFU from 1989 right up until the time of his death.

His involvement in youth rugby ran right through his Surrey RFU career, which included: chairing the County RFU Youth, Junior and Mini Committees, chairing the Harlequins Academy Liaison Group and chairing the Coaching and Development Committee. John was also Surrey President for two years and one of the mentors in the RFU Leadership Academy for Surrey clubs, Chair of the London Division Youth and Mini Committee and sat on the London and South East Schools’ Executive. He was instrumental in setting up and chairing the Rugby Development Officer Management Group in the late 1990s, many of the members of which have gone on to successfully develop their own rugby careers.John’s RFU roles which spanned the grassroots to professional rugby included amongst many others: RFU Council Member for Surrey for twelve years; RFU Board member; Chair of the Game Promotion and Participation Committee; Chair of the Coaching Development Sub Committee and he sat on the Community Game Board as well as the Core Values Task Group. He was also a member of the Clubs’ Youth Committee and of the Students’, Schools and Youth Review Task Group. His priority was always the grassroots clubs and their involvement,support and development. John was working full time until 2012 and so he was busy!

John never forgot the experiences of playing in Ceylon and New Zealand, which proved so invaluable to him throughout his life. He would be delighted that young players from Dorking will have the same exciting opportunities to develop, both personally and as rugby players, that he had. We wish all the players who are going to benefit from this fund all the very best and hope they have a wonderful experience. Sarah, Tim, Melanie and I would all like to thank the Club for naming this fund after John and everyone for their generous support. He would be truly thrilled, honoured and humbled at this extraordinary tribute from Dorking Rugby Club, to which he owed so much and where he had so many happy times.