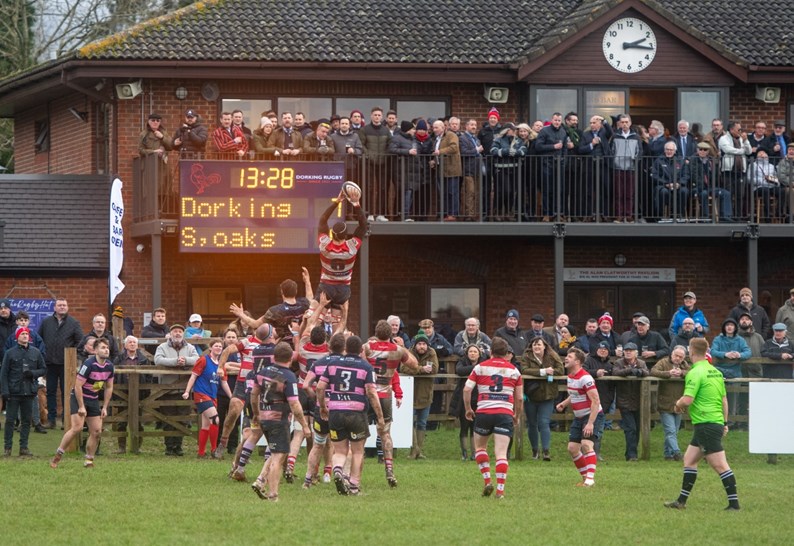 Sevenoaks Felled at The Big Field

Over the past few seasons, Sevenoaks, or ‘Oaks’ as they prefer to be known have had the better of the encounters with Dorking snatching victory twice last season and an honourable draw earlier in this, with Dorking having surrendered the lead on all three occasions. Based on travel time, ‘Oaks are Dorking’s closest rivals in the league, so this fixture has taken on the mantle of ‘local derby’ and both sets of supporters cheered apprehensively as the teams took to field of play. For those in red & white it was to be a fine afternoon as Dorking ran out comfortable winners scoring 29 unanswered points in a game where forward superiority was the order of the day in wet and windy conditions.

An early try from last weeks’ match winner Toby McRae set the tone for the afternoon and with Henry Anscombe on target despite the swirling wind the Red & Whites were 7 points up with barely five minutes gone. Dorking forward pressure in both the set piece and the loose kept ‘Oaks on the back foot with the back row trio of Will Scholes, Captain Fred Dalton and Finn Osborne leading the charge as a strangely subdued ‘Oaks pack struggled to contain the advances. It wasn’t long before the pressure told and as Dorking attacked with a catch and drive from a bobbling lineout on the 22, hooker Jonny Ellis burrowed over for Dorking’s second try in the 17th minute. With Henry Anscombe’s conversion slamming into the upright and no further score in the half, it was 12-0 at half time. 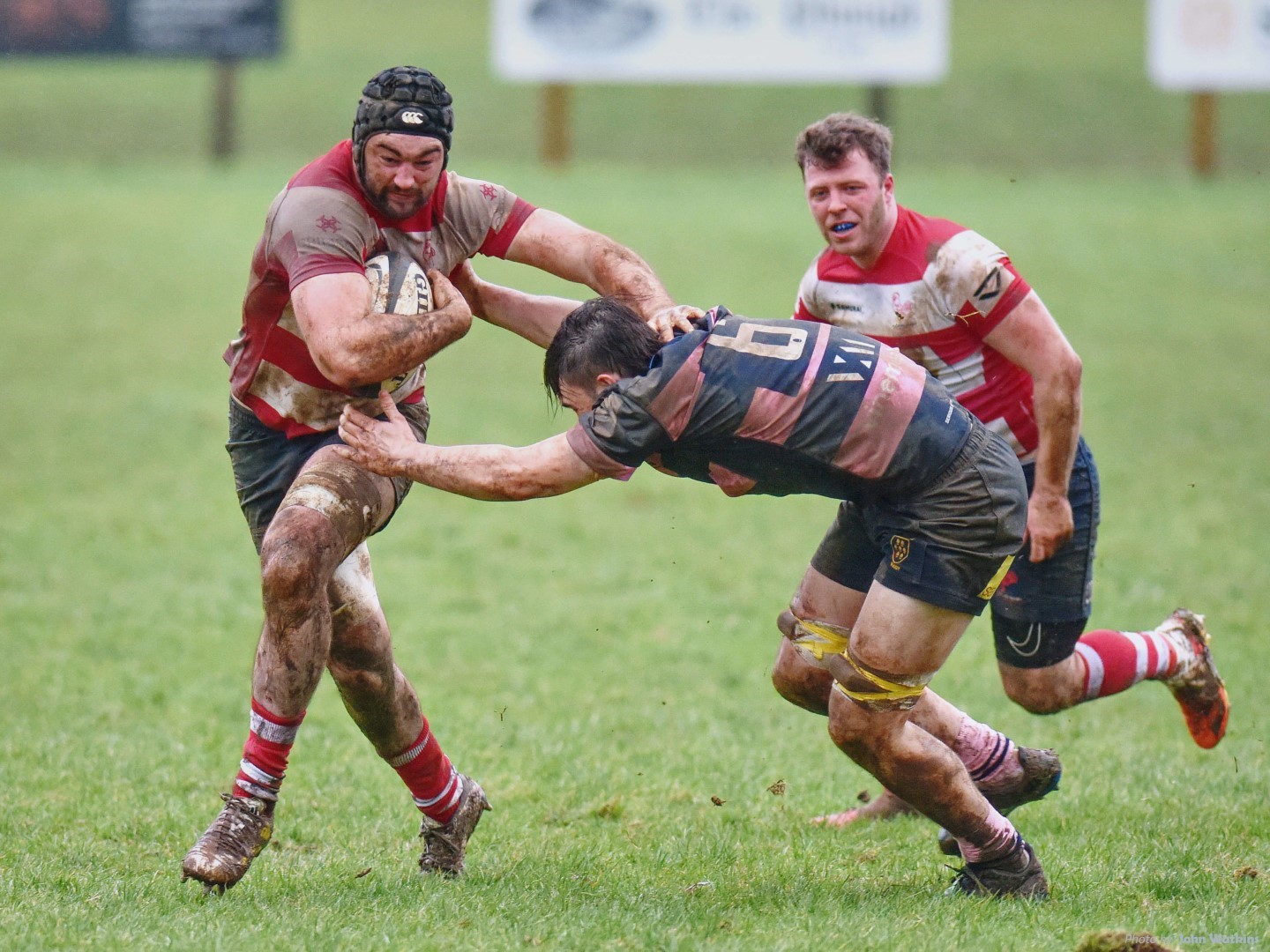 With both wind and slope in their favour, Dorking scored three further tries in the second half. The first came from prop James Catton 3 minutes into the half as a textbook catch & drive from a 5m lineout shunted the ‘Oaks pack backwards at pace, converted by Henry Anscombe. 19-0. The second, for the bonus point came some 8 minutes later as the forward platform and successive pick and drives freed up the back line to spin the ball wide, where wing Dan Riches was on hand to touch down wide out right. 24 – 0. As the rain which had threatened all afternoon finally arrived, the handling errors began to creep in to both sides play and the match became literally bogged down with a series of scrums and penalties. With ‘Oaks introducing the heavy artillery in the form of their ‘finisher’ front row Dorking’s guns were momentarily spiked and it was not until the 73rd minute that one of Dorking’s ‘finishers’, replacement hooker Harry Mahoney broke free to score out left following a period of sustained attacking pressure in the ‘Oaks 22. With the try unconverted it was

With the result no longer in doubt, ‘Oaks finished the match with a late flourish, pinning Dorking back on their line for the final few minutes of the game, but were unable to break through for a consolation score, and the match ended as Dorking’s defence forced a penalty.

In closing, special mention to the pitch set up team of Jamie Merrett, Wingnut, Chris Webb, Stuart Ferguson and Mark Simmonds ably assisted by Sumo, President Watts and Chairman Hammond whose stirling work with the buckets and pumps clearing out the soakaway enabled pitch to drain so that the game could be played. 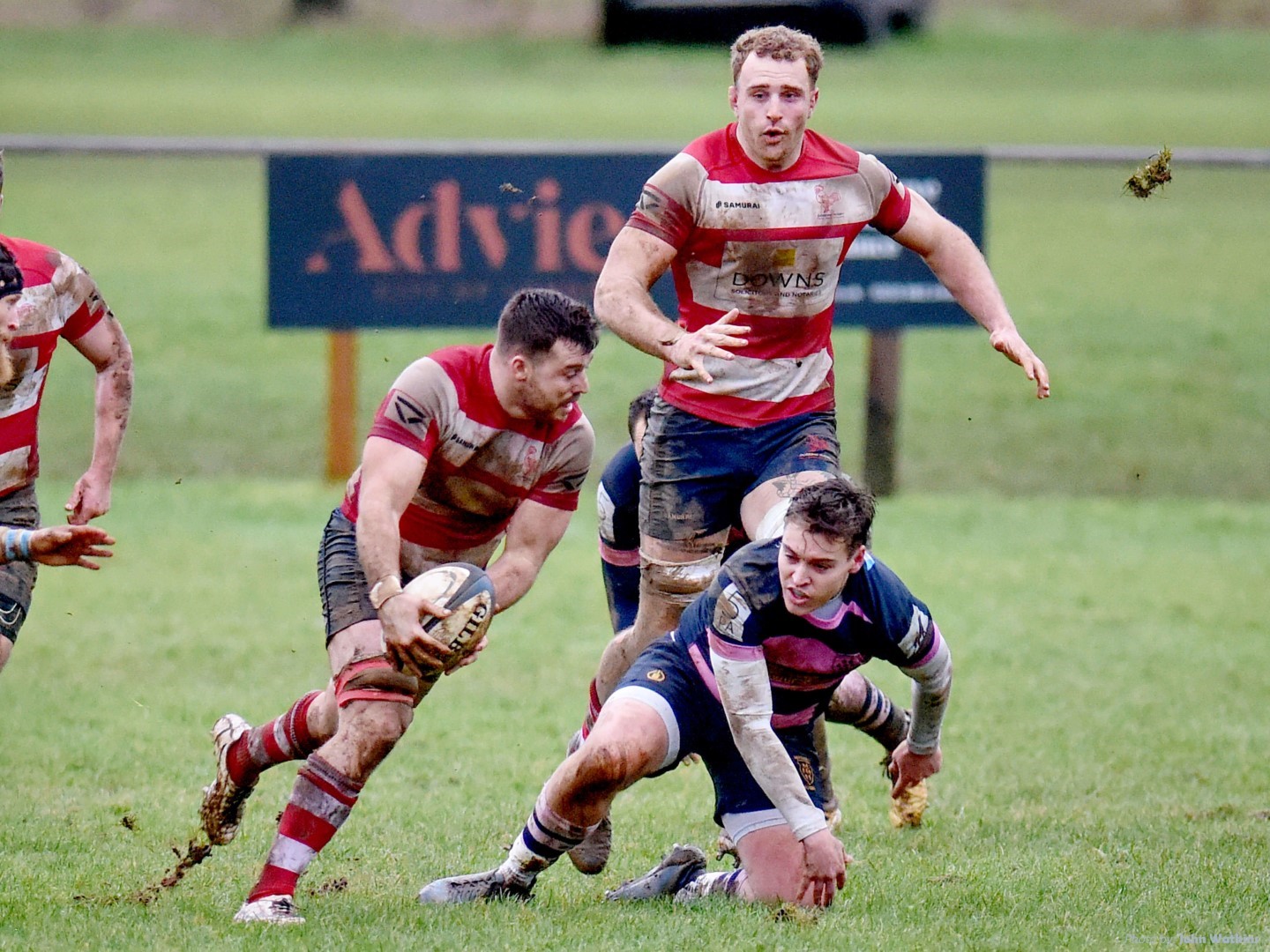 There was certain parts of our game that we focussed on and really pleased that we managed to fix a few things from the Barnes game.


Probably the most pleasing aspect of today was the 5min defensive set at the end, where even after a yellow card we were defending like Trojans and not allowing them to cross the line.

Thought our pack was outstanding today and the backs division dealt well with Sevenoaks threats and making sure we play in the right areas.

The Dorking faithful was also in in full voice and simply amazing to get the support behind the players.

Man of the Match: George Jackson 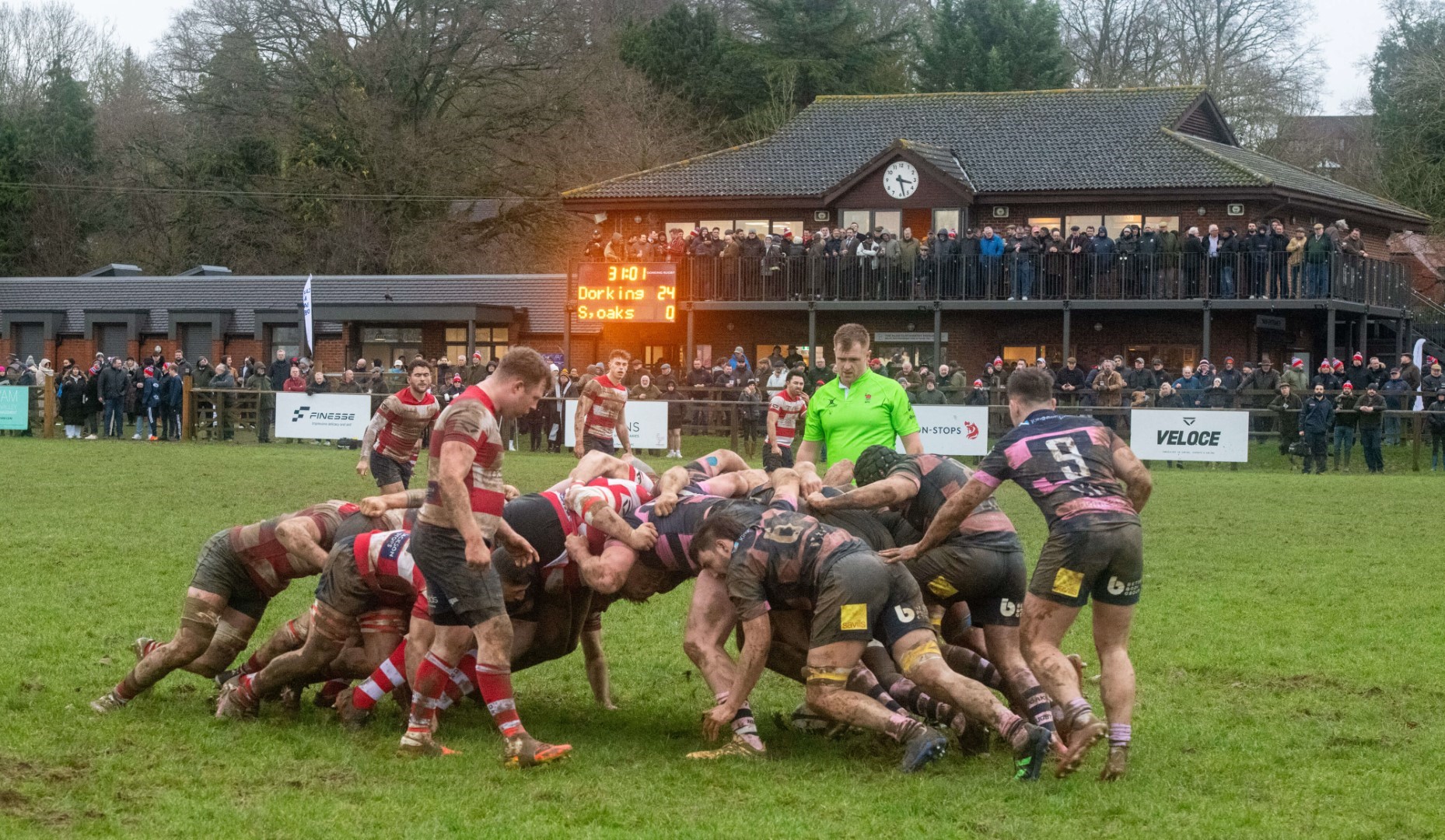