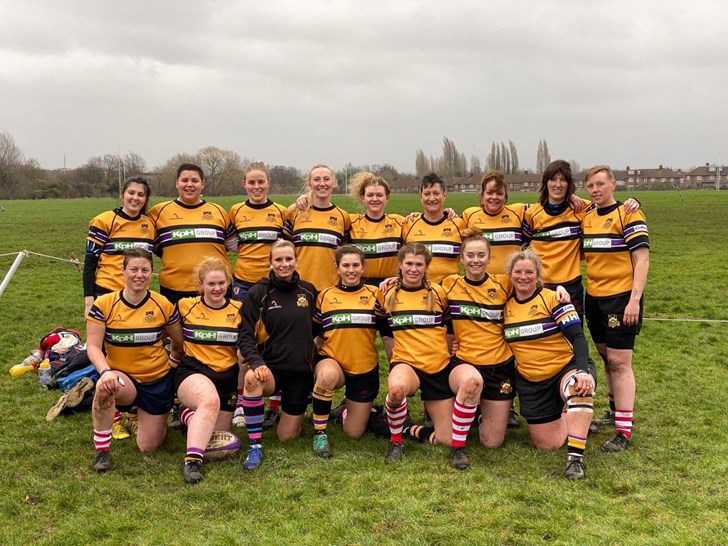 On Sunday 20 February, our Senior Women's team travelled up to south London for a friendly v Mitcham & Carshalton. Having a mix of experienced and new players, they are a development squad like us, and the fixture presented both teams with an ideal opportunity to put what we'd been learning in training into practice.

The pitch was exceptionally muddy, the grass on it quite long and tufty and the line markings virtually non-existent but as Jacqui quite rightly pointed out, it made for some nice soft "landings"!

We kicked off with the gusty wind behind us and after the initial 5 minutes of slightly frantic scurrying, got into our stride quite quickly. Testing M&C's defences, we realised our forwards, Lauren, Tamzin, Leah, Lucy, Nim, G and Katie were stronger at taking the ball into contact and rucking over and with Ben's instructions of "pods" and "1, 3, 3, 1" ringing in our ears, we kept scrum half Barb busy, repeatedly making good progress down the pitch.

Unlike several of our matches to date, scrums were contested and our pack was dominant. When we listened to the cries of "move it out wide" and got the ball out to the backs, we found the opposition's wings and centres were less experienced and despite the rain and mud, great hands from the likes of Elsa, Gemma, Imogen, Tash, Jacqui and Kate made huge dents in the defensive line.

And we started to score tries. At least, we thought we did! Confusion reigned with many of their players offside, umpteen

people involved in each of the tackles and rucks and the muddy ball being knocked-on by goodness knows who! And if that wasn't chaotic enough, no-one could tell where the try line was! We thought that both Gemma and Imogen scored on the far side and that Lynne got at least two, but for various reasons the Ref only awarded us 2.  Whilst Tash gallantly tried to kick the conversions (no-one else wanted to do it!) a combination of the gusting wind and her first ever attempts at using a kicking tee meant they fell short.  Even so, at 10 - 0 after c 30 mins of really positive play, we were happy bunnies.  And even happier about 5 minutes later when a pick and go from the back of a scrum by Lynne drew the defenders in; she passed to Kate who was moving up on the wing and she scored in her first ever match. A storming result. Again, the conversion attempt was on target but fell short.

Half time gave the M&C coaches the opportunity to rally their troops and start bringing on several subs and their more experienced players. We had 1 sub, Pip, who came on for Barb at scrum half.

With the wind behind them and with rolling subs with fresh legs, M&C kicked for territory at every opportunity, chasing the ball down well and they made good ground on several occasions. They competed well at every ruck to made life difficult for us and when the scrums went uncontested due to injuries to their front row, we lost some of our advantage. Strong tackles and good line speed (we do sometimes listen Ben!) repelled their repeated attempts to get near the try line however and we made some good counter attacks in response via G, Katie, Nim, Lauren and Elsa.

Tiredness was setting in nevertheless and although we got close on several occasions, we couldn't get over the line. Leah then sustained a knee injury whilst battling her way through the throng,

leading to a reshuffle. Barb came back on at scrum half  Pip moved to the wing and Jacqui went into the pack for the first time at prop. Buoyed by the knowledge that the game was almost over, the "Corks" launched a series of fresh attacks with the forwards throwing themselves into the fray and the backs moving the ball from one side to the other. Eventually the defence bunched and Elsa and Nim worked the ball out to Pip on the wing to score in the corner.

So a great confidence-building game played in good spirits by two developing teams and our first win at 20 - 0. Looking forward to our League game v Old Emanuels at Dorking next week. 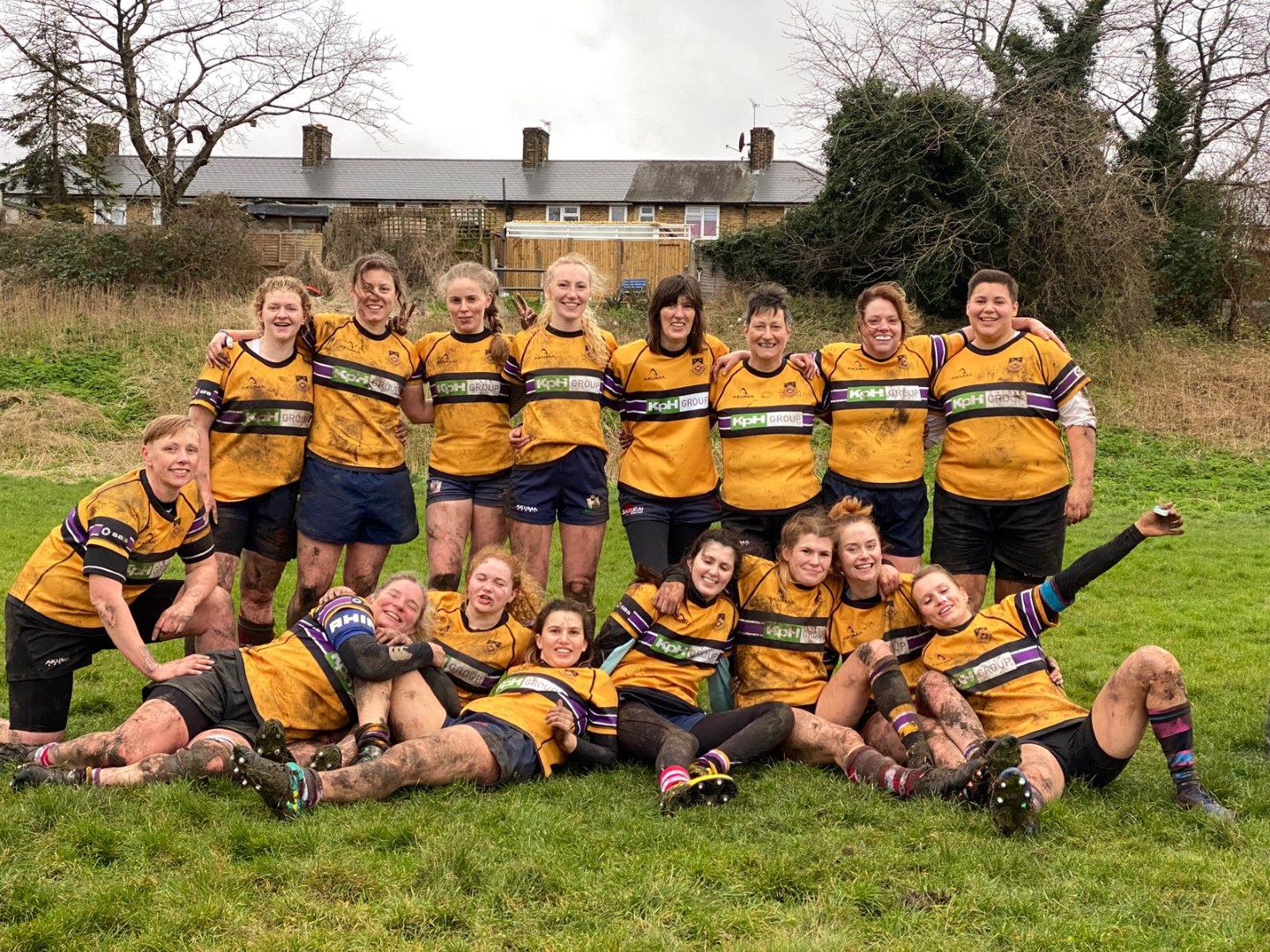