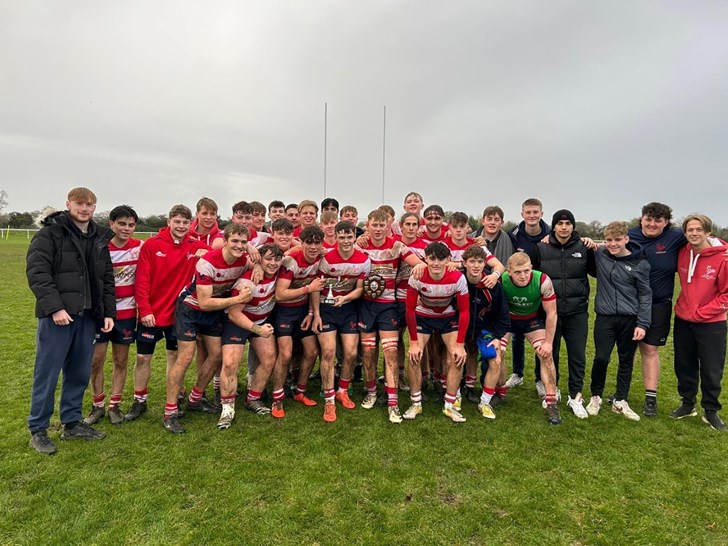 At the start of the season Dorking Colts’ head coach, Dom Brockes, set the boys one objective – to become the best side in Surrey. Sunday provided the perfect test for that with the top two teams from the Waterfall Cup competition meeting in the Oaks final.

Dorking headed to London Irish for finals day with quiet confidence but knowing that Farnham, with a pack loaded with Surrey U18 players, were many people’s favourites to win. Playing on a heavy pitch after two previous games and a morning deluge, Dorking opted to play into the wind.

Dorking started the game very brightly, setting the pattern for what was to follow. The Farnham 8 pressured Dorking at every opportunity but the rapid Dorking backline clearly had the edge out wide. Dorking were also dominating the kicking game, repeatedly pinning Farnham back in their own 22.

From a stray kick, the Dorking front row launched a counter-attack. Prop David Terry field the kick and dummied the opposition chasers to feed fellow prop Duncan Stott popping up in the centres. Swift hands saw Dorking almost go over in the corner before being bundled into touch. Dorking spurned two more opportunities before finally opening their account. Centre and man of the match Chris Styles broke down the blindside and fed wing Charlie Nichol, who rounded his opposite number and fed the ball back to Styles to score in the right-hand corner. 5-0 to Dorking.

That was it for the first half, apart from a bout of handbags at the break, which put Dorking on a team warning from the referee.

Dorking were now playing with the wind and hoping to exert further pressure on Farnham. The Farnham 8 were having none of it and started to use their most effective attacking option, the rolling maul from the lineout. With Dorking conceding too many penalties, Farnham began to dominate territory. The Dorking defence was, however, becoming more and more resolute. From a 5-metre line out, Farnham thought they had forced their way over, only for Dorking hands to get under the ball and prevent the try.

Quick thinking from Charlie Nichol saw him grubber kick the goal-line drop out into space. However, the ball didn’t quite go 5 metres and so Farnham were awarded another attacking lineout. This time Dorking were slow to set their defence and Farnham drove over out wide for their first score. 5-5

Tension levels were mounting and Farnham were now hammering away again at the Dorking line. Twice second row Leo Rennie jumped highest to bravely deny Farnham the chance to drive over, the second of these swept up by hooker Louis Atkins. Dorking eventually cleared their lines and after a succession of scrums and penalties, gradually began to make their way into the Farnham half.

With just minutes remaining, Farnham infringed on their own 10-metre line and captain Ollie Shepherd stepped up for a long-range shot at goal. His kick landed agonisingly short and Farnham were able to clear.

With the referee calling final play, Farnham tried to play out of their own half. Dorking knew that they would win in the event of a draw, having scored the first try. They were also determined not to allow the line to be breached. More ferocious tackling saw Farnham spill the ball. Dorking scooped it up and walked the ball into touch.

The final whistle blew and with confusion reigning, the referee called Dorking as winners to spark the celebrations.

This was another fantastic squad performance from the Dorking Colts. Despite being under pressure in the scrums, the Dorking forwards held firm, winning their own ball and battering the opposition at every opportunity. Special mention goes to second row Henry Jones, making a comeback after over a year out with various injuries, who came off the bench to physically dominate the opposing back row.

Starved of possession, the Dorking back line were more than a match for their opponents, strong in the tackle and making yards in possession.

Best team in Surrey? They are now. 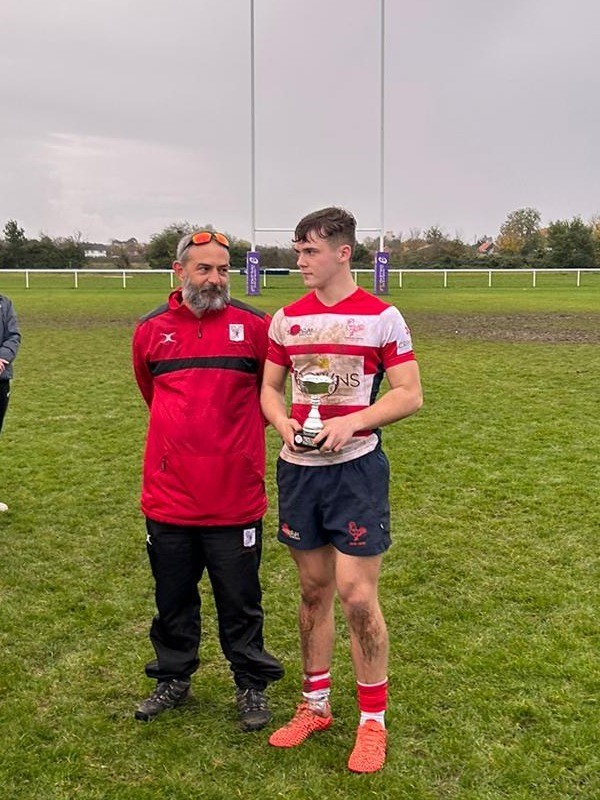