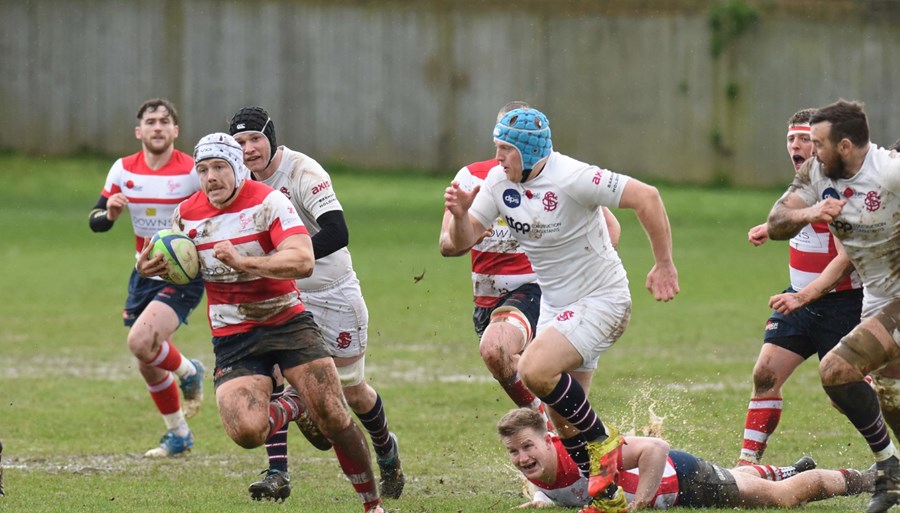 Dorking made the trip to SE London with the remnants of Storm Eunice providing a backdrop of heavy rain and a strong wind.

A few enforced changes to the team that beat Havant the previous week saw a return to first team action for Harry Elbrow after a long-term layoff, Ollie Rathbone back from injury, and Jasper King after a short layoff.

The minutes hand clap for Evesham RFC player Jack Jeffrey, who sadly passed away playing for his club was a reminder of how rugby can bond us all together in difficult times.

With the going very soft, an energy-sapping, attritional first half was to have a significant impact on what was to come in the 2nd half. More of that later.

Dorking received the kick-off to start the match and began well, turning over a Sidcup lineout and creating some promising attacks. However, the conditions were having a significant impact and several promising attacks ended in frustration, with a wayward final pass or a knock on.  Sidcup had a couple of runs into the Dorking half, but a well organised and aggressive Dorking defensive line quickly closed down any threat.

After 16 mins, following a penalty kick to the corner and a cleanly executed lineout, Dorking pressed for the Sidcup line and a series of pick and goes allowed the ever-reliable Charlie Connor to force his was over for the try, which Matt duly converted 0-7.

Dorking continued to dominate possession and field position for the rest of the half, but with too many mistakes, they were unable to add to the score board. 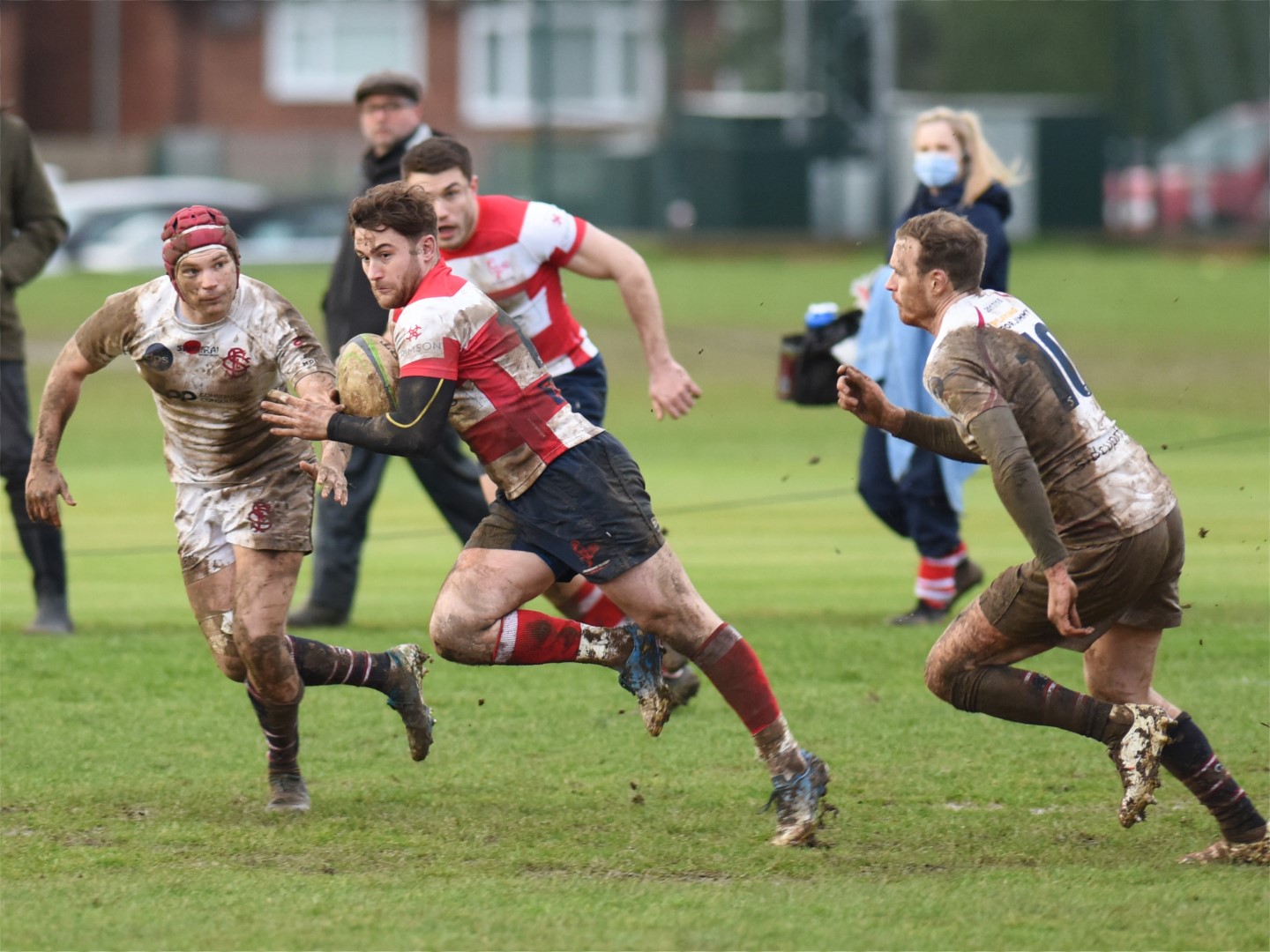 The 2nd half began in similar frustrating way and got tougher for Dorking when Captain Matt Noble was yellow carded for a deliberate knock on. Sidcup kicked the penalty to the corner to launch their own series of attacks, but the Dorking defence held firm and forced the knock on. Dorking gathered the loose ball in their own 22m and ran the ball. Good line breaks from Fred Dalton and Fraser Mosley created space for Louis Flynn to score. The try was converted by Henry Anscombe, 0-14 with 57 mins gone.

Ollie Rathbone and Henry Birch entered the fray and from a Dorking scrum on the halfway the ball spilled out of the scrum. Fred Dalton gathered and as always, bounced through a couple of tackles to make it to the Sidcup 22m and, as any good back row should be, Harry Elbrow was on hand to take the pass and canter in under the posts for the try. Henry again converted, 0-21 with 61mins gone.
With a minor bout of fisticuffs resulting in a yellow card for Tom Bristow and the Sidcup No2, Sidcup got on the score board with a well taken penalty 3-21.

Dorking immediately hit back and after some good carries into the Sidcup half, they created space for Henry Anscombe to get behind the Sidcup defence. The ball was fed to the supporting George Jackson, who was hauled down 8 metres out. A quick recycle and the ball was popped to Jasper King on the charge, who crashed over for the bonus point try. Matt converted 3-28.
It was at this point the rigours of the 1st half seemed to take their toll on Sidcup. Dorking were able to draw on the great conditioning work Dan and the team have done this season, and they upped the pace for the remaining 12 minutes of the match.

From the restart, Dorking attacked again and now on the front foot the passes were now sticking. Matt made a good half break, and the ball was fed down the line where Ryan Jeffrey used his pace to score out wide. From the touchline, and into a strong wind, Matt expertly converted, 3-35.

Again, from the restart, Dorking attacked, and a marauding Steve Howarth made good yards up the middle. The supporting forwards recycled, and the ball was fed down the line to Fred Dalton who beat the last defender to score out wide. Matt was unsuccessful this time with the conversion and with the score at 3-40, that was how it finished.
Interestingly, Dorking scored the four second half tries with only 14 men on the pitch, but the foundations of the win were really laid by a solid set piece performance and good fitness levels which allowed the tempo to be kept up for the full 80 minutes.

With no match next week, Dorking can now re-group and prepare for the final set of matches. With third placed Hertford losing narrowly at Westcombe Park, the home match on the 26th of March with second place Sevenoaks, is shaping up nicely!

Coach Roux commented:
"I'm pleased with the 2nd half performance, where we managed to score 33 points against a very strong wind.

In the first half, our eagerness in attack seemed to get the better of us, but we did a lot of hard work, dominating collisions on both sides of the ball, which really laid the foundation for us to kick on in the 2nd half.

Set piece in testing conditions was great, and our ability to heavily contest the gain line was a particularly pleasing aspect of our performance today. 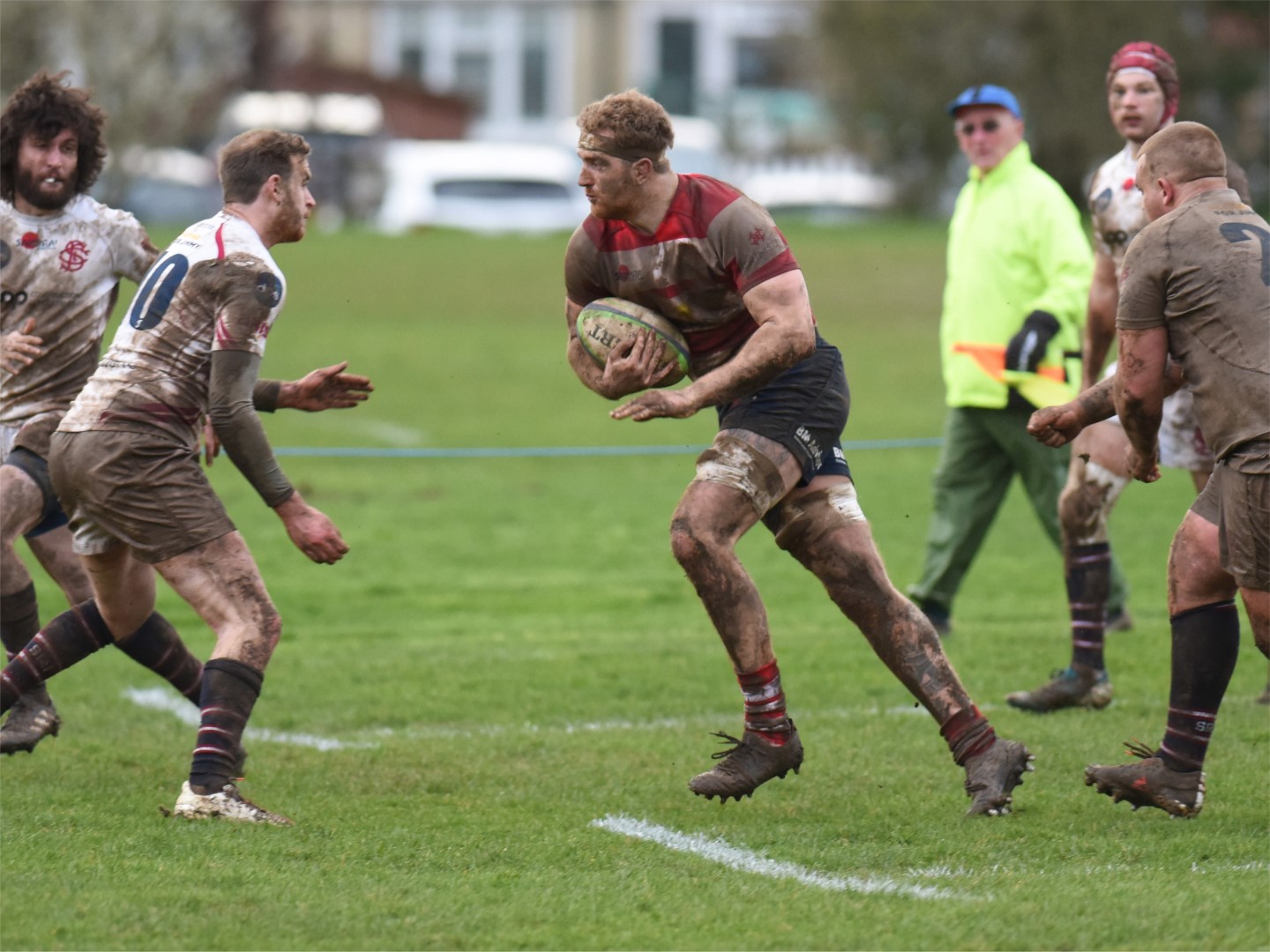