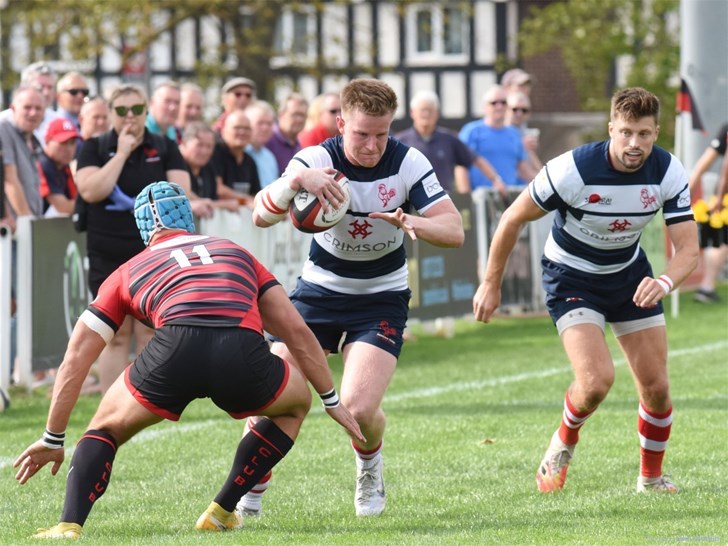 Blackheath v Dorking: now there’s a fixture a long time in the making as the newly demoted met the newly promoted. Blackheath, or ‘Club’ as they prefer to be known claim to be the oldest club in existence being founded in 1858, with Dorking somewhat younger having just celebrated their centenary. And this was the first time in all that time that they had ever met.

The Dorking Faithful made their way to Deepest Eltham full of hope and expectation for the first fixture of the new season. Dorking, with 19 out of their 20-man squad having pulled on the red & white hoops last season versus an unknown Blackheath side looking every inch like a team preparing for the return to National 1 rugby.

Playing in their change blue & white strip, Dorking chose to kick off. A deceptively scudding breeze, not too dissimilar to that at The Big Field took the kick straight into touch (a feat repeated by the Blackheath 10 at the start of the second half) and to the first scrum of the afternoon. It was obvious from the pressure exerted by the Blackheath pack that the Dorking scrum was in for a tough afternoon in the set piece, and play moved into the Dorking half as the no9 put up a towering box kick.

Both sets of backs were looking sharp both in attack and defence, but it was Dorking who had the better of the first few exchanges until a penalty gave Blackheath an attacking line out on the 5m line. A superbly executed catch and drive saw them over the line for their first score of the afternoon; there’s not much you can do legally to defend against it. Conversion missed, 5-0.

From the re-start Dorking took play right back into the Blackheath half and following a scrum penalty for an early push, fly half Henry Anscombe slotted the ball between the posts to make it 5-3. A similar penalty minutes later drifted just wide in the wind, and as Blackheath took the ball back up into the Dorking half with a succession of pick and drives countered by aggressive Dorking defence, the ball spilled in the tackle and was pounced upon by Toby McRae who sprinted 80 metres for the try. With the conversion successful Dorking took the lead. 5-10. With their tails up the Dorking backs pressed hard but were consistently thwarted by their opposite numbers who were up very quickly in defence. Too quickly at times, and Henry Anscombe had another long-range penalty pot at goal, this one bouncing tantalisingly out off the upright. 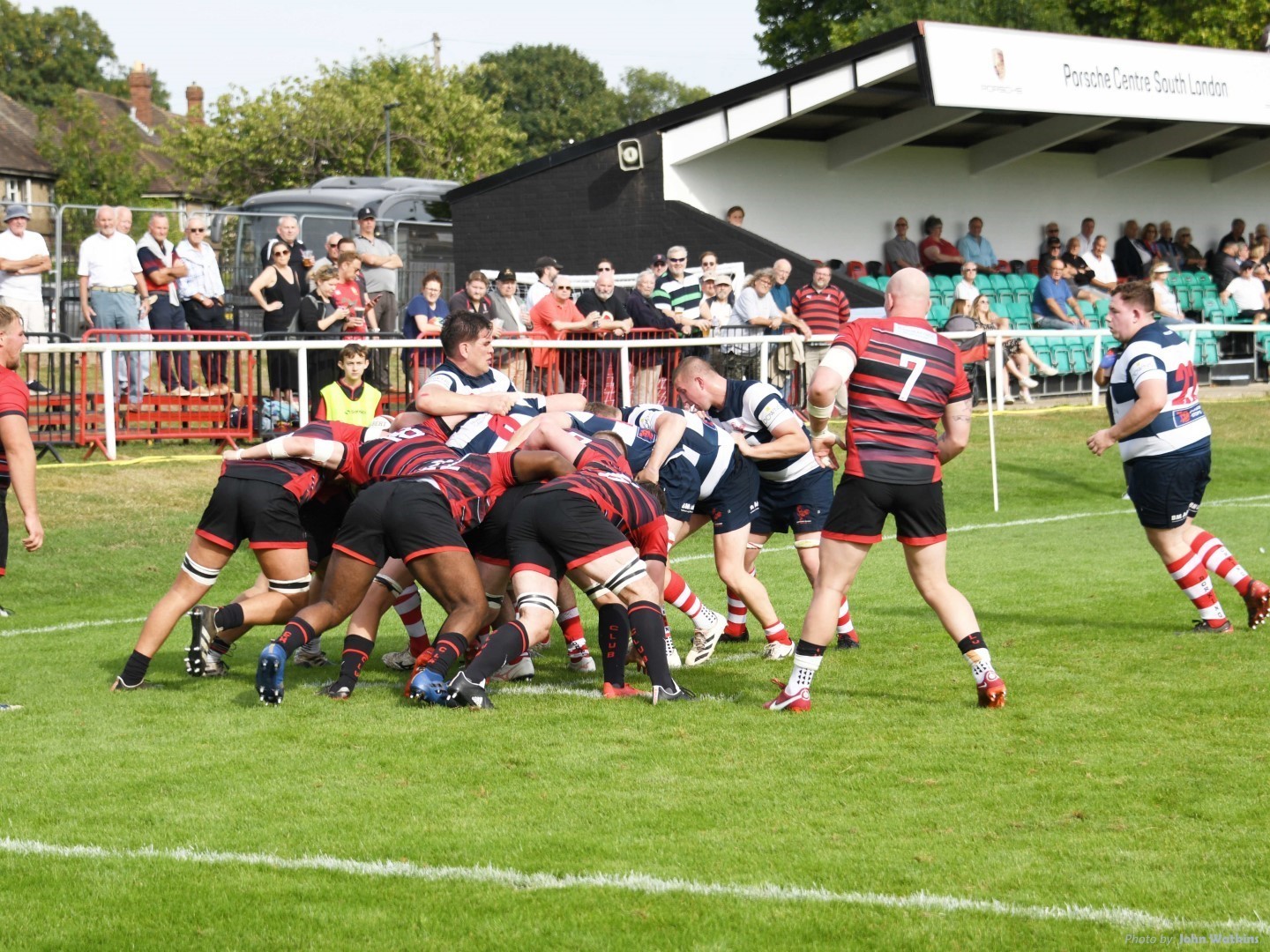 In a carbon copy of the previous re-start, Blackheath earned a penalty and from the subsequent attacking 5m lineout drove over the line for their second forwards try of the afternoon. With the conversion successful it was 12-10 to the hosts, and despite ferocious attack and defence from both sides in the remaining 10 minutes of the half, that’s how the score remained at half time.

The second half started as the first had ended with both teams mounting good attacks, all of which were thwarted either by stout defensive tackling or the occasional missed pass. The deadlock was broken when the Blackheath 15 spotted and ran through the tiniest of gaps in the Dorking defensive line to score unopposed. With the conversion missed the Blackheath lead extended to 17-10.

For the next 10 minutes both teams were evenly matched and although under pressure in the set piece the Dorking scrum held firm enough for the ball to be distributed either down the line or for a no8 pick and go. But the Blackheath superior firepower up front was beginning to tell and with 20 to go they worked a good attacking position in the Dorking 22 into a try next to the posts, duly converted, 24-10.

Dorking then continued to pressure in the Blackheath half but were unable to break through, with a number of promising moves being snuffed out by an expert defence and a long-range penalty drifting again just wide.

As the game moved into the final 5 minutes, Blackheath pressure took play back into the Dorking half, and with their backs using the width of the pitch to their advantage, scored a final try out wide right. Unconverted, the score finished Blackheath 29 – 10 Dorking.

Reflecting on the game, there are many things we can be pleased about.  Set piece could have been better, but there was also a few key calls at scrum time where I thought it could have gone either way.


Even though the result might suggest that we were not in the game, we had a few golden opportunities to capitalise on Blackheath mistakes, but unfortunately just could not execute.

It’s a quick review this week, and focus will then shift firmly to Worthing who will be looking for their first win too.