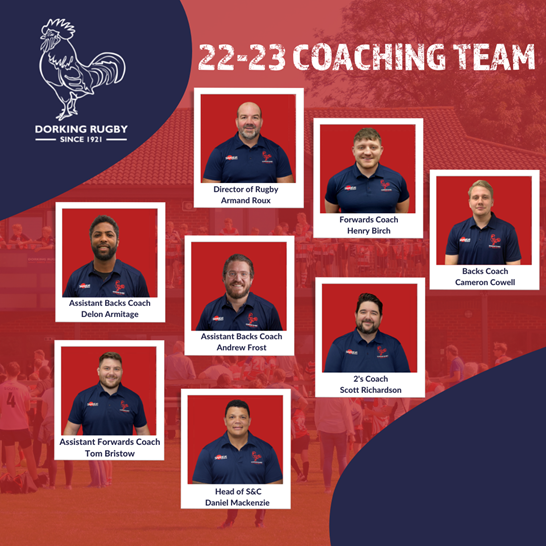 Dorking announced their coaching team as the senior players have been strutting their stuff at pre-season in preperation for our National 2 campaign.

Our Director of Rugby, Armand Roux, confirmed that the following coaches are in place:

Armand had the following to say:

"Its a very exciting time at Dorking RFC as we welcome Delon and Frosty to the coaching team. The team is very dynamic and enthusiastic about bringing the best out of all the players which is all I can really ask for. They are all top blokes and really supporting the cultural and technical/tactical development of the team.

The seniors will play against National 2 North team Stourbridge on the 13th of August before returning to Dorking RFC to face Sutton and Epsom RFC on the 20th of August.