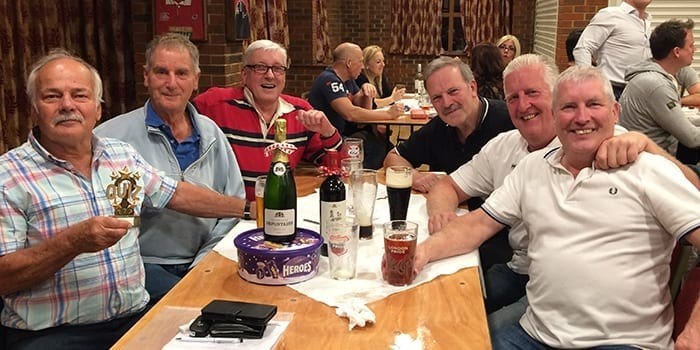 Nine teams of clever cocks and hens battled it out for the title of DRFC Quiz Champions on Friday night at the 2nd annual DRFC quiz night. The title hung in the balance right up to the last round when the eventual winners, The Salisbury Sightseeing Six, re-took the lead after a masterful General Knowledge round during which they tactfully played their joker.

An excellent evening with representation from most areas of the club, including senior players, parents of various girls age-groups, the Derelicts and the Board. Club sponsors MVAM also fielded a team.

At the opposite end of the leader board and picking up the accolade of “Best Team At Not Winning” were Norfolk and Chance.

Julian Ching did a great job of taxing the quizzers’ grey matter with a great set of questions, Nick Smith kept order during the evening and was a masterful Quiz Master, the bar team were kept pretty busy all night and Sam provided a delicious supper of chicken (and veg) balti at half time.

Thanks to everyone who took part and made it a great night. Here’s to the next club social – the DRFC Comedy Night on 17th November!